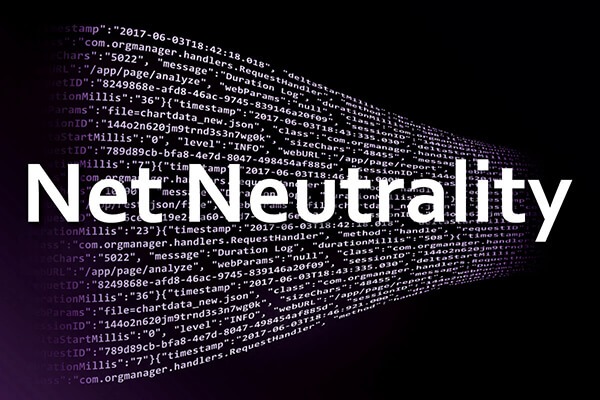 In 2010, a 23 year “hip-hop violinist” reached the quarter finals on America’s got Talentonly to be told that:

“You’re not untalented, but you’re not good enough…” – Piers Morgan

“You need to be in a group. … What you’re doing is not enough to fill a theater in Vegas.” – Sharon Osbourne

Humiliated, and in the depths of her despair that she could never be good enough, she famously battled anorexia. However, she refused to accept the traditional institutional barriers to success in the music industry. Instead, she stayed true to herself and did what many aspiring artists facing rejection do today: took her music directly to her fans via the Internet.

Shortly after being eliminated from America’s Got Talent, she began making music videos regularly for her Youtube channel. In 2012, she had the 8th most viewed video on YouTube with 42 million views. In 2013, her collaboration with Pentatonix on Radioactive won “Response of the Year” in the first YouTube Music Awards.

That same year, her eponymous debut album appeared on several Billboard year-end charts; notably, No. 3 on Classical Album Artists, No. 2 on Classical Albums, and No. 3 on Dance/Electronic Albums. As of November 2017, she had over 10 million subscribers and over 1.7 billion total views. Last year, I saw her perform to a sold-out audience at the National City Civic Center in San José, California.

Of course, by now you know that I’m talking about Lindsey Stirling. Anyone who has seen her perform live knows the talent and energy she brings to her shows. Her autobiography, The Only Pirate at the Party is an inspirational tale of refusing to be told that no one wanted to hear what she did. She stayed true to herself.

Without the Internet to let her disintermediate the traditional institutional barriers to musical artists, we might never know her amazing story.

Lindsey Stirling’s story is not an aberration. In 1999, a 19-year-old child prodigy in violin graduated with dual degrees in mathematics and music from the University of Austin as valedictorian with a perfect 4.0 grade point average. Much to the chagrin of her parents, she moved to Los Angeles to become an actress. We all know the stories of bias (and sexism) in Hollywood, and her story is no different. She was repeatedly told to visit a plastic surgeon. At the peak of her despair, she retreated to the internet, and became a World of Warcraft addict, gaming 16 to 18 hours a day. Realizing she was never going to break through the institutional bias and fit the roles others were creating, she decided to create her own story. She wrote a pilot for a series about a group of online gamers, contrasting their on-line personas with their real-world lives as businessmen, teachers, housewives, etc. Rejected outright as being too niche, she took matters into her own hands. In 2007, gathering similar struggling actor friends, she filmed the series herself and began posting it to YouTube.

The Guild has won multiple awards, including the Greenlight Award for Best Original Digital Series Production, several IAWTV Awards, including Best Comedy Series, the YouTube Video Award for Best Series, the Yahoo! Video Award for Best Series, and 2009 Streamy Awards for Best Comedy Web Series, Best Female Actor in a Comedy Web Series, and Best Ensemble Cast in a Web Series. After filming the first three episodes in two and a half days, they ran out of money. After donations were invited through PayPal, the fourth and fifth episodes were almost solely financed by donations. In 2008, Microsoft announced an exclusive distribution deal for The Guild. As of December 2017, The Guild has over 96 million views on YouTube.

You may know by now that I’m talking about Felicia Day. She has gone on to play Vi in the series Buffy the Vampire Slayer and Dr. Holly Marten in Eureka, and had a recurring role as Charlie Bradbury on Supernatural. In April 2017, she began appearing as Kinga Forrester in Mystery Science Theater 3000: The Return. In addition, she continues to write, produce, direct and star in Internet series such as Dragon Age and Tabletop (with Wil Wheaton). (One of my personal bucket list items is to appear on Tabletop with her and Wil Wheaton.) Forbes.com called her New York Times best-selling memoir, You’re Never Weird on the Internet (Almost), “surprisingly funny and inspirational”. She continued to stay true to herself, and never did visit that plastic surgeon.

Without the Internet to let her disintermediate the traditional institutional barriers to actresses (and geeks), we might never know Felicia Day or have seen The Guild.

The music and entertainment industries have historically been filled with institutional systems that prevent artists from breaking in unless they fit the pre-existing judgements of those institutions or otherwise play the institutional game. For the past two decades, the Internet has provided a way around institutional bias for not just artists and entertainers but anyone with the entrepreneurial spirit to not take “no” for an answer and make their own destiny.

All of that came under risk of ending on Dec 14, 2017 when the FCC sided with institutional control and voted to end net neutrality. The FCC vote effectively negated the FCC’s authority and three core net neutrality principles formally adopted in the 2015 Open Internet Order: the freedom to access any lawful internet content, the freedom to use any online service or application, and expectations of a robust, competitive market for network providers.

If they stay true to their long track records, both companies are going to favor their own content. Perhaps even grant exclusive access. (“See Game of Thrones only on AT&T.”) And they’re going to charge other content providers extra fees to distribute via their networks. If they grant them access at all. It’s in their individual best interest to charge other content providers. Their investors will expect them to behave in their own best interests. That’s what for-profit companies do.

Reversing Net Neutrality puts control squarely into the hands of the institutions that have historically used their distribution monopolies to control content. This deregulation allows Internet service and broadband providers to manipulate and discriminate against traffic, meaning they can choose to speed up or slow desired connections and control/restrict what users see online.

The large content providers will have the resources and content leverage to pay. Who will get left out? Smaller studios, independents and creative artists like Lindsey and Felicia. Exactly the people disenfranchised by the old institutions. People that don’t fit the mold, or that institution’s formula. Until now, the Internet has been the escape mechanism for those blocked by the system. It’s the great equalizer. It’s enabled individuals to work around institutional barriers (economic, social, gender, political etc.), enabling equal opportunity.

December 14th was a bleak day for everyone who has ever felt inspired by the diversity of content made available by the Internet. But there is still hope. Immediately following the vote, a handful of states began their fight against the ruling. We can still get Congress to stop this—by passing a “Resolution of Disapproval” to overturn the FCC vote. You can contact your representative to ask Congress to overthrow the ruling using this form.

Net Neutrality is crucial for small business owners, startups and entrepreneurs, who rely on the open internet to launch their businesses, create markets, advertise their products and services, and reach customers. However, this is a social empowerment issue, not an economic issue. Without equal access to the Internet, the Lindsey Stirlings, Felicia Days, and many others would never have been able to succeed. We hope you’ll stand with SugarCRM and fight for Net equality.