How to Connect with the Internet of Things in 2016

How to Connect with the Internet of Things in 2016 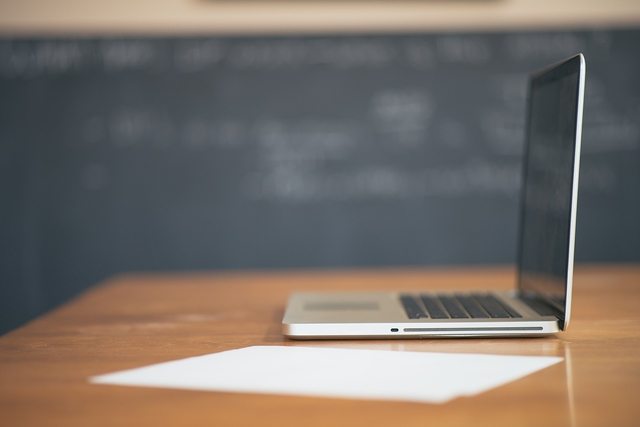 The start of a new year always brings much excitement to the tech world as the great and the good of the industry unite at the Las Vegas Consumer Electronics Show (CES), the world’s biggest technology event, which both builds on momentous trends from the previous year and sets them for the year ahead.

This year was no exception when it came to the unveiling of some extraordinary tech that may just take the world by storm in 2016. From DietSensor’s Bluetooth-enabled gadget which informs you of the nutritional content of your food just by hovering over it, to the ‘Code-a-Pillar’ which teaches pre-schoolers to learn to code, the showcase of new tech was more inventive than ever. But there was one clear trend which appeared again and again: the Internet of Things (IoT).

Put simply, IoT is a network of devices that can be controlled by and communicate via the Internet. The buzz around IoT has been a persistent but exciting noise in the digital world for years now; the exponential rise of smartphone technology over the past decade has led to a seismic shift in the way consumers interact with the world around them. The technology industry is thinking about the consumer in more detail than ever before and is finding innovative ways to integrate folks’ daily routine (cooking, exercising, working) with every device, household appliance and wearable item imaginable to create an interconnected world for the consumer.

People today want easy, instant access to all the things that keep their lives moving (email, online banking, grocery shopping) – and any company which cannot keep pace is inevitably left behind in an archaic heap of ‘on hold’ music and discarded paper forms. The tech industry has quickly realised that in order to succeed, it must both meet and predict the needs of the consumer and lead the way in streamlining and simplifying their lives.

For consumer-facing businesses, harnessing the data of connected devices has the potential to be nothing short of revolutionary as it offers unprecedented insight into the real lives and behaviour of consumers. The IoT opens up a new universe for digital marketers: the collection of data from connected devices such as the Fitbit provides deep insight into the daily lives of consumers. For example, if a Fitbit user goes running each Tuesday and Thursday night, the digital marketing department can tailor its communications strategy accordingly and send the most relevant content at the most receptive time for the user. The potential for creating truly personalised digital marketing through IoT is exciting and transformative.

However, the mass of data risks being of little value if businesses lack the technical ability to safely store and make sense of what it tells them about their consumers and ultimately how to predict and inspire their behavior. From geo-locations of exercise routines to what time the customer puts the heating on – IoT is capable of providing microscopic insight into consumers’ lives, but the wealth of data is as overwhelming as it is exciting. This is the challenge for digital marketers in 2016 and beyond: how can the IoT be capitalised on to enhance a business’s understanding of its consumer and lead to pioneering interactions?

A new channel means another level of customer expectation: they want to know that every touchpoint they have with a company is unified. Businesses must learn how to incorporate this new channel of extremely valuable, robust data into an already complex web of customer transactions in order to fuel highly powerful, personalised digital marketing.

The integration of health and fitness with IoT, building on the success of Fitbit, continued to be a clear trend at CES. Under Armour’s Gemini 2 trainers are the next step in wearable technology; the sensor-filled trainers track your workouts without the need to carry a smartphone and the user’s workout details are transmitted later to a connected app. Many innovative organisations have already embraced the potential of smart exercise devices; Vetadvisor, the US-based holistic care provider for military veterans, integrated Fitbit bands into its CRM deployment, allowing it to track veterans’ progress towards personalised fitness goals and provide real-time coaching via SMS messaging. IoT offers huge potential for CRM platforms as they evolve to absorb and decipher the data that is being generated and use it to shape sophisticated digital marketing strategies that really understand and satisfy the customer’s needs.

The area where IoT has been gaining the most momentum over the past five years is in home heating, driven by a dual agenda of environmental sustainability and the constant consumer demand to save money on utility bills. After investing in ‘smart’ meters such as British Gas’ Hive, users can login to their account through an app to change the temperature, view and adjust their schedule or settings, as well as seeing exactly how much energy they are using. Far from the days of estimated meter readings and accidentally leaving the heating on when away for the weekend, it’s unsurprising that sophisticated meters are an appealing prospect for consumers.

Despite the excitement at the Las Vegas exhibition, the reason IoT has been talked about for many years but progress is (relatively) slow is because businesses are still learning how they can incorporate it into their digital strategy and, most importantly, how it will benefit both them and their customers. The future of IoT is crucially dependent on 2 factors; the consumer and the ability of businesses to gain and retain trust in their products and the brand that are connected to the IoT. The concern of paramount importance is enforcing watertight cybersecurity: consumers are (understandably) wary of opening up their lives to devices that harvest their personal data. With the inevitable threat of hacking into wi-fi controlled devices, it is the responsibility of the businesses investing in IoT technology to gain their customers’ trust by ensuring their cybersecurity is not compromised. Consumer demand is also critical to the success of IoT: currently, most consumers are reluctant to pay more for ‘smart’ products – meaning manufacturers are making products at a faster rate than consumers demand.

Perhaps the future of IoT is best summed up by WP Hong (President of Solution Business Unit, Samsung) who stated in his keynote address at CES:

"The age of the Internet of Things has begun,” Hong said. “It will be a success, but only if we get the fundamentals right: openness, interoperability and close industry collaborations.

A little bit about Provident CRM

With offices across the UK and Ireland we have shared our experience and knowledge with organisations in both the public and private sectors. Partnering with our Customers, we focus on delivering value, sustainability, efficiencies and productivity.

We have already helped hundreds of organisations to deploy Sugar, assisting in change management and user adoption. We are looking forward to partnering with you, discussing your implementation and helping to realise your vision for unparalleled customer experience.