Just before the big launch of SugarCRM 7.0 at SugarCON 2013, SugarCRM diligently released another patch for the super stable 6.5.x stream. Below is a list of Feature Enhancements and Fixes, as well as a few know issues.

SugarCRM have continued with the theme of adding some nice new Features to the Calendar including iCal for Google Calendar and additional info in the Calls & Meetings pop-up reminder . 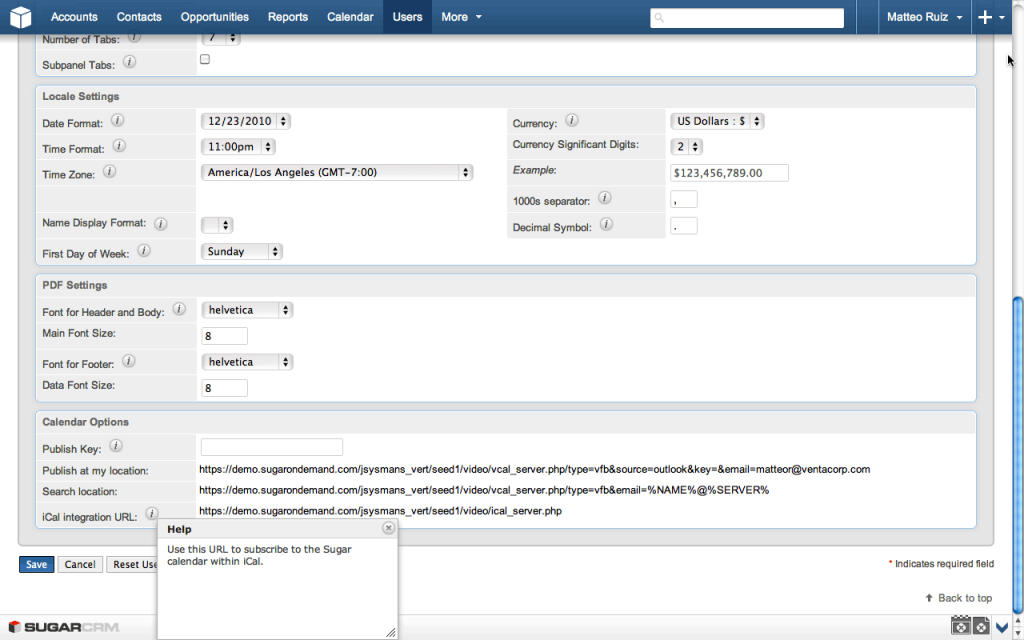 This Release also includes some important bug fixes for the Reports Module (Particularly for Microsoft SQL Server Summation Reports, as well as a number of other minor fixes in the Reports module).

Enhancements to existing features for Release 6.5.12 are listed below:

The following are known issues with Sugar 6.5.12:

The fixes for Release 6.5.12 are detailed below: